My pc hard drive isn't coping with the task of running Premiere and keeps crashing. I took it to the tech shop but it's too old and small to be able to add any significant memory so I need a new one.. They are quoting me for a custom one specially to run Photoshop and Premiere. Will take at least two weeks for them to build it. So I have a forced delay to think about how to present my ideas.
I've had thoughts about the projection. And what I'm trying to say. Am thinking about communication and transference between people and how it fails or is stifled. Thinking about the Victorian prison ethos of silence and isolation and the hoods or headpieces they were forced to wear which prevented them from seeing their fellow inmates. Thinking about Amnesty International and prisoners the world over who are imprisoned for speaking out. Freedom of speech. Words and ideas of paramount importance. Miscommunication. Eyes and mouth. Vision and speech.
Am making a canvas hood or headpiece. To be worn over the head, and be projected onto, eye or tongue enlarged onto the face space or back of the head. And also projections onto the body. Onto the back or side? And film it.
Posted by Jane Macey at 14:42 No comments:

Tutorial with Angie made me realise how unclear I am about what I'm trying to say. What is the relationship between ourselves and our universe? Exactly what is my take on it? I am trying to discombobulate,  to cause discomfort and unease. Things are never what they seem.
Think about the relationship or narrative between the images. I've been sequencing them but maybe I just need two separate that can be projected or shown next to each other and which speak to each other, have a dynamic.Angie spoke about a crying eye and a lemon for example, and the eye slicing episode in Chien dAndalou. The head louse and eye work together as does the lips and nit.
Things that aren't surreal as such but are subversive, not what you would expect and which create discomfort and provoke a visceral reaction.
Maybe use separate ways to show them grouped together. A Mac, an iPad, an iPhone. Or two or three images at once on one screen. Ask Martin how to do this, or John. Also try a vignette effect on the images. Take a screen grab of Premiere still, open in Photoshop, create layer the right size and make a transparent circle, ( save as PNG I think ?) and add to Premiere as second video. When played together there should be a central circle. Does layer have to be black?
Also maybe a projection and a real object? Either projected onto or shown beside.
Don't underestimate the audience. Be subtle.

What and why? Be careful, simple and eloquent.

Hair and skin ( no transition, bit quick, needs one)

Undertongue and eye: no transition, needs one)

Having big problems with Premiere essentials software. It keeps crashing. I have freed up more memory and defragged the hard drive however it still crashes. I've managed to make three new videos of two sequences each. I want to vary the images and have them possibly repeating and chasing each other through the three projections. Going to be harder than I thought. Timing and stuff.
Posted by Jane Macey at 04:27 No comments:

I've just discovered how much easier it is to upload my videos from YouTube rather than from my computer files. And they can be played on any windows or apple products. These videos are part of an experiment in the MA building. I initially wanted a four walled space that could have a video on each wall, surrounding the viewer. My phenomenological sensory and physical  apparatus surrounding the viewer's likewise. Interior, exterior, body and mind.

Issues were finding enough projectors and laptops: I had to get two from Sion. And then finding enough connectors/adapters and extension leads. We set up initially with four projectors on four tables more or less the same height facing each wall of the space so each image could be projected to a large size. I then uploaded a QuickTime  video to each Mac laptop having originally saved them as AVI or MPEG, neither of which will play on a Mac.
I decided that the quality and resolution of the video wasn't as clear as I would like it to be when it was projected to a large size. And I didn't want a large space with relatively tiny projections within it. So I had  to consider a smaller set of projections. Also did they need to be separate or could they share the same wall space and communicate or interact with each other?

Steve found a projection screen about 6 feet wide by 8 feet tall, specifically designed to be projected onto from behind so the image is seen but not the projectors. The images come out right/left reversed like a mirror image and because the projectors can be closer the image quality is improved.

I tried using all four projectors on the screen but before I could document it one of the projectors overheated. I preferred the magic number of three anyway: four images looked too designed or pattern like. I had six videos to play with initially but decided that the head louse video didn't fit with the body parts: the colouring and picture quality was too different. I also had to swap one of the Mac laptops for my Samsung when one of the QuickTime videos refused to play on it.

I experimented with two tongue sequences, the eye, lips and nose hair. Two tongues together was too much. The nose hair was too static.
I liked the eye rolling around and looking at the other images.

Future development: I would like to try having a repeating sequence that moves from one video to the next, moving round the screen. Also maybe having three simultaneous eyes looking at each other, lips  talking to each other......
Also think about size of each image. Don't think I want them all the same, especially if having same images in each video. Different sizes is better, like having differing viewpoints.
Do I need ear and nose? Think not because they are too static and also communication is strong in sight and speech. thinking visually and orally back to prehistory. Although obviously you need to hear speech......
And the big question is do I add audio?
Will experiment.........

Used Photoshop unsharp mask and sharpen to play with eye colour. I like the depth of colour. First effort saved then realised the bottom layer is showing. Had to enlarge the middle eye layer to cover the area. Apply this sharpening to other eye jpegs.
On second thoughts I quite like the white section of background and the ghostly eye overlap. Do more playing with these. Can really see the difference between the two microscope eye images. Try overlapping the coloured eye with the white background. Save each one as a PSD for further editing. Work in series. 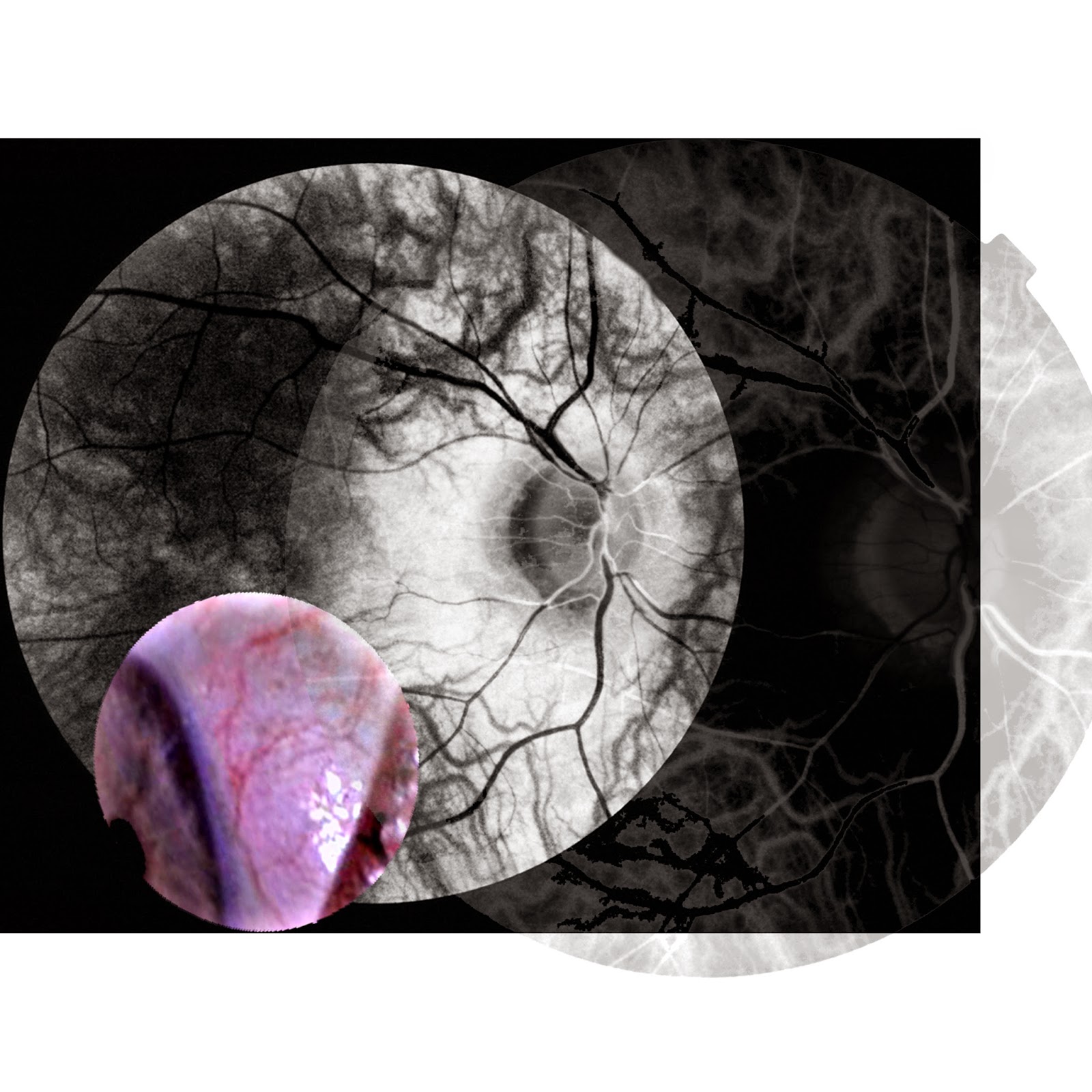 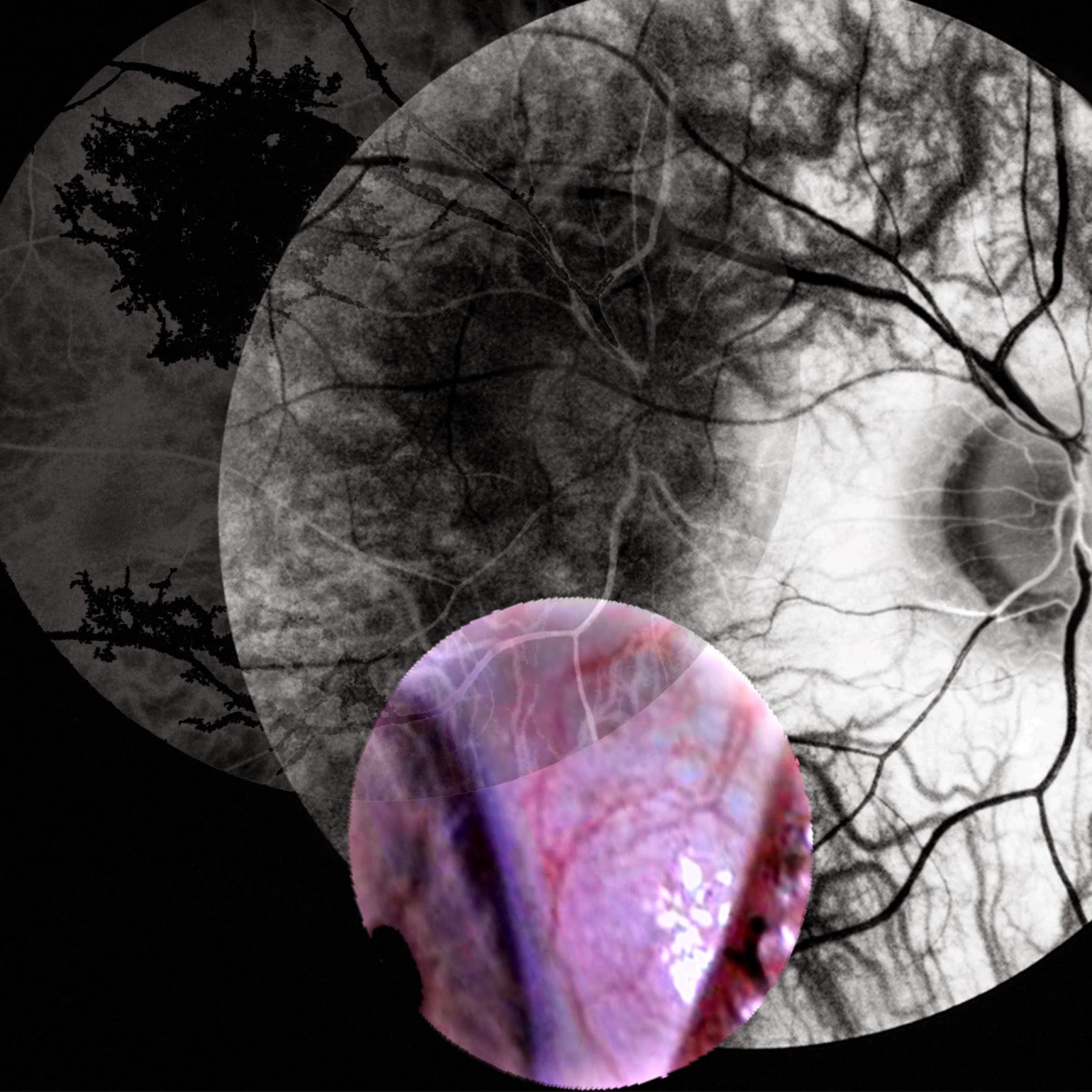 With the detail images try sharpening the eye section to see what happens. Is it better fuzzy or clear? Different effect. 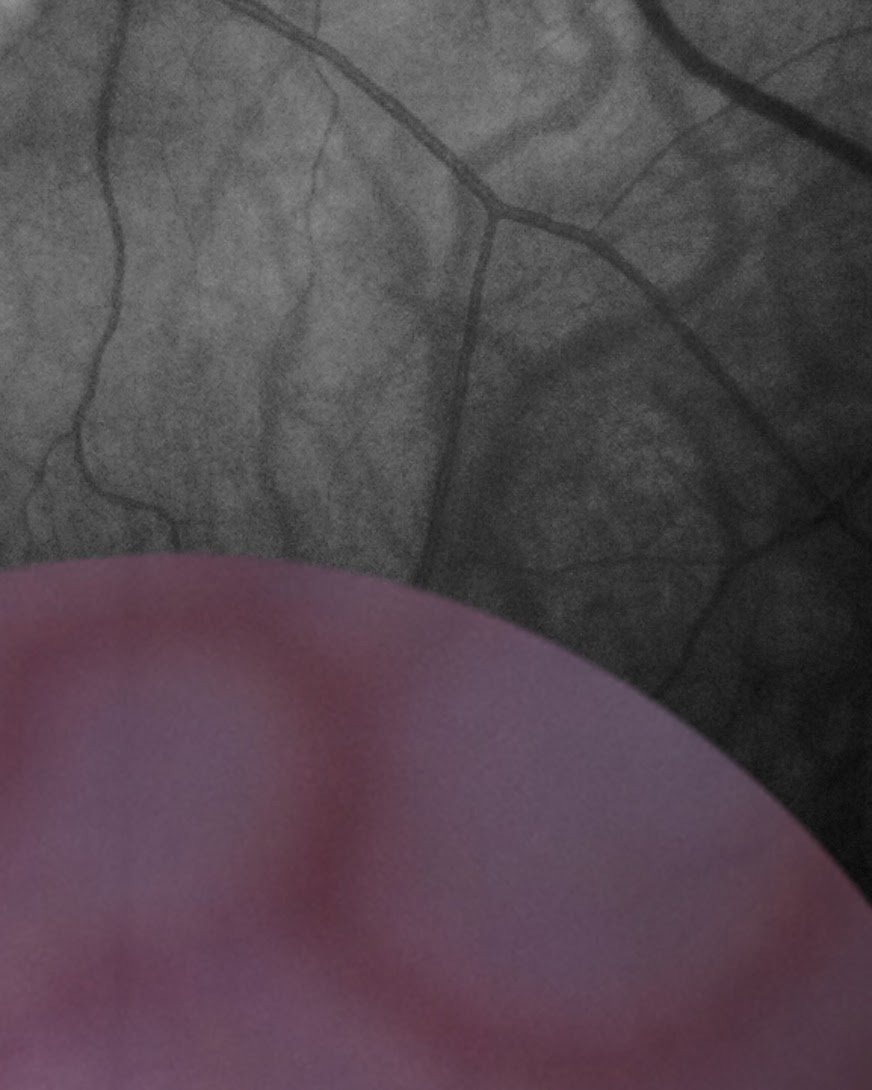 These two above are details of an image I submitted to an exhibition. I like the full coverage of the canvas.

Mixing colour retina with b and w. 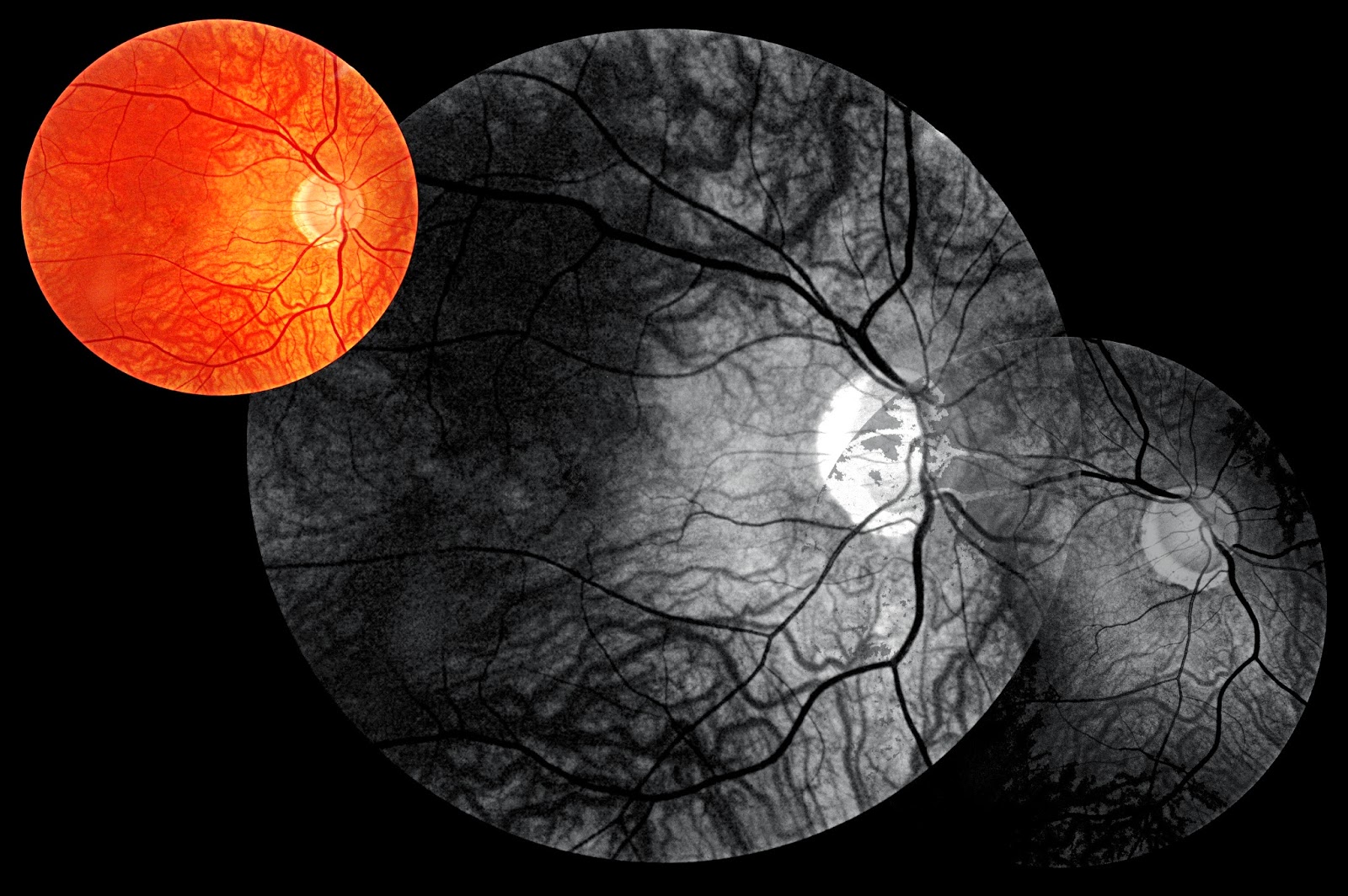